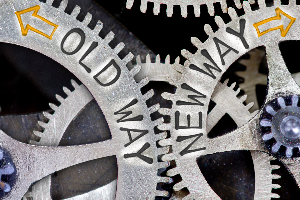 For many companies, the ASC 606 and FASB revenue reporting requirements went into effect on December 15, 2017. That date was in the minds of many accountants because it represents a radical new way of doing things.

The deadline for adoption was pushed back because it was too difficult for companies to adhere to the new revenue recognition standard. The transition from one set of rules to another was proving to be so problematic for enterprises of all sizes without the right revenue recognition software.

In anticipation of ASC 606, a number of software developers have begun working on accounting tools configured for the rule changes. And while those could prove to be an asset once the rules have gone into effect, they have little value during the quickly closing transition window.

Sage Intacct is the first enterprise accounting solution to be designed specifically with the transition process in mind. It helps to streamline the move from one approach to another while educating new users about the mandates of the new rules. Instead of being a solution that is applicable two months from now, it begins delivering value immediately.

For instance, Sage Intacct has dual treatment of contracts. Users see how the numbers come out according to both ASC 605 and ASC 606 rules. That way there is no additional administrative burden, no confusion about financial health, and no disruption during or after the transition.

Sage Intacct also improves the transition process by automating more of the responsibilities related to data management. Routine tasks that eat up time and resources are performed automatically with far greater speed and minimal potential for error. That allows accountants to focus more on preparing for ASC 606.

Finally and perhaps most significantly, Sage Intacct provides the top-down perspective and overarching level of control that is essential during a transition period. Adapting to sweeping changes inevitably inspires anxiety and uncertainty. But Sage Intacct offers an expansive platform for data, a deep bag of tools for administration and reporting, and an accurate view of operations in real time. It's the rare piece of technology that is able to turn disruptions into opportunities.

Just because other organizations have struggled through the transition period doesn't mean you should too. The effort does not provide hard won lessons. Rather, it just wastes resources and amplifies the urgency. Sage Intacct is the only accounting solution that is able to simplify and optimize the transition period simultaneously. Reach out to AcctTwo to begin exploring this opportunity.

As a provider of cloud-based SaaS ERP solutions as well...
Software Industry Informational

Dimensions Accounting Software: Why it Matters.