Think about the last mismanaged meeting you attended. Who was in the room? How many executives were in it? Did that meeting go long, or turn into two or three meetings? Without question, every meeting needs a clear agenda. A lack of an agenda leads to disorganization, mass confusion, and meetings that are far more likely to get off track or hijacked. A mismanaged meeting leads to a black hole of inefficiencies and wasted salaries. Makes sense, right? Well, a SaaS finance meeting run using Excel as the backbone of your financial platform leads to the exact same challenges.

For example, to prepare for the monthly board meeting, Kate from Marketing forwards her budget to her CRO, Ken, however it is the wrong version. The version she mistakenly sent has a bad formula. Ken doesn’t notice and sends it straight to Rob, the CFO, who realizes after a few hours that there is something wrong. Rob then sends it to Karen in Accounting to play detective and she and Kate have numerous emails going back and forth looking for the right version.

If they had used one platform for their budget and financial data, it would have been easy. With this simple mistake, it occupies four people and costly salary and hours are spent. In this example, we estimate that more than $1,000* was spent on this simple error. How many times a day, month, or year is your company experiencing situations just like this? 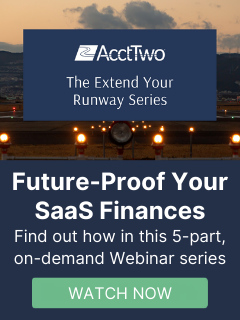 Sadly, the example above isn’t an exaggeration of the truth. We heard it first-hand on our MAS for SaaS Virtual Launch in April when Don Erwin, Head of Success at SaaStr, spoke to us about the $20,000 meetings that he’s sat in. I interviewed Don a couple of weeks ago to take a deeper dive into the topic.

What are some of the challenges you see in many executive and operations meetings?

Don Erwin (SaaStr): “Quite honestly, everyone is still using Excel and not making the commitment to put money into a better infrastructure. I’ve been a part of Sales Ops meetings with CEOs, COOs, and leadership teams where there were 17 Excel spreadsheets being looked at for the exact same information. The problem is that there is no version control, and every department has their own version of the truth. In any given meeting, you need at least nine sources of truth to trust.”

Chris Grady (Baker Tilly): “That seems about right. I’ve collaborated in many meetings where version control was a serious issue. I read recently that 88% of spreadsheets have mistakes. Mistakes prolong meetings and hemorrhage money.”

Why do you think everyone uses Excel?

Don Erwin (SaaStr): “It’s simple. Excel has been around forever, and everyone knows how to use it. It’s comfortable and easy. Learning how to do something new, even if it is far superior, takes time.”

What should Series A companies be doing right now?

Don Erwin (SaaStr): “No one really talks about the hidden costs associated with mismanaged information. Series A companies need the right infrastructure from day one. They just see a price tag; they don’t see the long-term effects of not having the right financial platform in place. Sadly, the Finance Playbook is an afterthought.”

Chris Grady (Baker Tilly): “I second that, Don. I am continually surprised at the number of venture capital firm members that share stories of early stage companies that are worthy of investment on multiple levels, and yet the back-office processes simply aren’t in place. While the partnerships often move forward and yield promising returns, it doesn’t change the fact that there are sizable, painful costs associated with the lack of financial organization as the business scales. To your point – why not invest in the process now?”

At Baker Tilly, we’ve talked recently about how important it is to have a Financial Playbook. What advice would you give to startups?

Don Erwin (SaaStr): “Most founders that I’ve encountered in Silicon Valley don’t have a financial background. They are more product-focused or have an engineering background, thus the Financial Playbook tends to get overlooked. If you have a multi-layer revenue stream, and you don’t have a software tool that helps you manage it, you will have to have at least four Excel documents to manage your financials. Get the infrastructure in place early. In the long run, you’ll spend too much time managing hard-to-track Excel documents, and not enough time on what it takes to get things going.”

Think about the last mismanaged meeting you attended. Who was in the room?...
church accounting finance and accounting outsourcing

At AcctTwo, since our team comes from the faith-based community, we not...
Blog accounting software

A new report by Phil Fersht and Charles Sutherland of HFS Research (BPO on...